Energy transition on a global scale 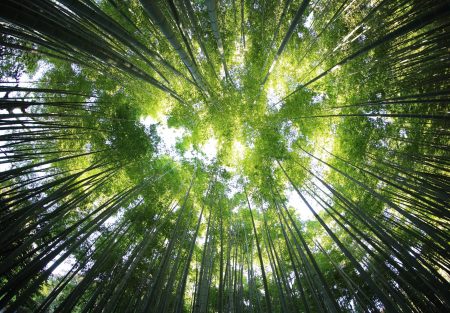 Envisioning the city of the future means harnessing the newly-found support for sustainable living, with a particular focus on leveraging the engagement of young people. Yet it also means providing support and facilities to help develop new modes of transportation, considering the energy efficiency of buildings and weaving in the idea of resilience, so that our cities can better withstand the rising occurrence of natural disasters.

As a result of human activity, natural catastrophes are proliferating across the globe.  Yet not all countries agree as to the nature and scale of this challenge, and each is embarking on their energy transition at a different pace.

To contend with this climate emergency, what affordable and scalable solutions can enable us to make our economies cleaner and more resilient? Phasing out nuclear power, shutting down coal-fired power plants, developing renewable energies, finding the right energy mix, and more.

In this article, they share their analysis of political actions, citizens’ expectations and the implementation of the energy transition in their respective countries.

Nuclear power, coal production, green energy… A snapshot of the energy sector around the world

Refurbishment of nuclear reactors in Canada

“Our economy depends greatly on our natural resources. This is why our country is often divided on how to deal with climate change” explains Paul Sheridan, CEO of Plan Group. “The problem isn’t so much finding the resources – which we have – but rather extracting them with the due level of social and environmental responsibility”.

Paul considers Canada to be be facing an interesting dichotomy. “We must strike a balance between respecting the environment and the need to sustain the communities in which we live and work. It’s a complex issue with no silver bullet, but there are some good options if we are able to use them responsibly. Nuclear power is one of them.

Nuclear power makes up approxiately 15% of Canada’s energy mix and is generated by plants built in the 50s and 60s. These reactors and the buildings that house them are nearing the end of their lifespan and are now being heavily refurbished: four schemes are underway with the cost estimated at several billion dollars.

Energy in Canada is a political, cultural, economic and territorial issue

The country is not entirely opposed to nuclear power. Indeed several new plants have been built just recently. On the other hand, nuclear power does not enjoy overwhelming British support, being more of an economic than a political issue” explains David Carr. The British much prefer to develop and invest in renewable energy generation: most projects in this field revolve around “how to develop technologies to generate renewable energy more efficiently and how to manage energy use to achieve a decrease in overall consumption”.

In Italy, the civil nuclear programme was stopped in 1987, with a moratorium imposed in the wake of the Chernobyl disaster. The 4 reactors in operation were shut down, the last one in 1990. This ban was confirmed by referendum in June 2011, just after the Fukushima incident: 94% of voters, i.e. 25 million Italians, rejected the proposal to restore nuclear power.

France’s multiannual energy programme, published on 23 April 2020, aims to boost the share of renewable energy to 33% whilst cutting the consumption of fossil fuels by 40% by 2030. Speaking on nuclear power on 3 September, for which the government’s recovery plan has earmarked €470 million, the Minister for Ecological Transition, Barbara Pompili told Les Echos: “Nuclear power exists whether we like it or not. It needs to be secured and managed by competent people.”

Switzerland plans to phase out nuclear power in the long term

The Fukushima disaster in 2011 put environmental issues centre stage and prompted the Federal Council to start phasing out nuclear over the long term and not to refurbish the country’s five nuclear power plants beyond the end of their operational lifespan. “There is a three-pronged energy strategy consisting of improving the energy efficiency of buildings, machines and transport, increasing the share of renewable energies and gradually phasing out nuclear power,” explains Stéphane Schneider. Furthermore, in 2017 the Federal Council began to comprehensively revise the CO2 Act to enshrine the aims of the Paris Climate Agreement in law. As well as these national measures, political efforts are being made at canton and municipal levels to combat the consequences of climate change, particularly in large cities”.

There will be no nuclear power stations running in Germany by 2022. “As far as coal is concerned, under pressure from several  Länder, the Federal State has just decided to exit coal by 2038, without necessarily knowing how to achieve this objective yet,” observes Stéphane Stoll. Giving up coal does not only pose an electricity problem. Most communities have their own district heating network powered by coal, which is why cogeneration plants have been built to generate electricity and heat.

Kraftanlagen and INNIO supported the German municipal utility Stadtwerke Kiel in building a cogeneration plant (heat/electricity) based on modern, flexible gas turbines on the eastern bank of the Kiel ford (northern Germany) to replace a decommissioned coal-fired power plant. Both the electricity and heat produced by the power station are fed into the electricity grid and the district heating network operated by Stadtwerke Kiel. In another example, in Leuna, Kraftanlagen was selected in April 2020 by InfraLeuna GmbH to lay the foundations for a secure energy supply to the Leuna chemical complex near Leipzig.

How can energy transition be implemented in accordance with each country’s resources?

The British are focusing on solar and wind

The United Kingdom has concentrated mainly on solar energy and on wind power. The challenge is storing this power so that it can be used when really needed. “Our clients, as well as the public and the government, regularly ask us for solutions to cut the energy consumption of existing buildings, adapt them to include green solutions and build new buildings with an onus on renewable energy”, explains David Carr. Customers want to be able to resell the power they generate, hence the battery solutions to store renewable energy. They are also looking for sustainable and scalable solutions that are  capable of embedding future technologies, as part of long-term 10-15 year plans to protect the environment.

The Energy Act, ratified by Swiss citizens in a referendum on May 21, 2017, includes the promotion of renewable energies such as heat pumps and solar installations.

With respect to solar power, “Clean Consumption Groups” are being formed. These are made up of several adjacent plots to form a single customer dealing with the power supplier. Some of the electricity required is generated by the consumer community through solar roof installations. The costs of additional electricity provided by the utility are shared among the community. This makes power cheaper for the inhabitants of the properties concerned.

“The solar market is growing steadily, with growing construction of new buildings. The reasons vary, observes Stéphane Schneider. State support is important, but also the fact that solar systems are now economically viable and fulfil society’s desire for greater sustainability and environmental awareness, as well as promising a measure of energy independence. Conversely, wind power has been checked by the concerns of landscape conservationists. Geothermal power is an interesting solution and economically viable from a certain project size, while deep geothermal power is more doubtful, particularly given the seismic risk. Biomass energy is has only been moderately successful due to the limited amount of transformable waste.

Electric transport is also a future market in Switzerland. “With respect to hydrogen, we see potential to use it in fuel cells.

This dependency means that power is more expensive in Italy than elsewhere in Europe. A few years ago, a government subsidy policy encouraged ground-based solar power plants, but this has been cut back considerably. The momentum behind energy transition is currently less pronounced than for other European countries. That said, and given the high price of electricity, “our private clients are keen to reduce their power consumption by investing in modernising the lighting of their real estate assets or enhancing the energy performance of their buildings” explains Maxime Merolle.

German power consumption breaks down as follows: Renewable energy 40% (wind/solar/biomass/hydropower), lignite-coal 28%, natural gas 15%, nuclear 12%, oil 4%. Mapping power suppliers is like a patchwork, says Stéphane Stoll: “the country has five or six major energy companies and several hundred small and medium-sized power companies at local level. The result is a mixture of very local solutions. Furthermore, over the past decade Germans have been very proactive in renewable energy (solar and wind in the North) and have made coal-fired power plants more efficient”.   Other transition solutions are also under consideration, such as cogeneration plants based on natural gas (methane).

Germans want to be the green hydrogen champions

Together with our longstanding partner, the Institute of Solar Research (DLR Research Center, NASA), Stéphane Stoll explains, “we are carrying out R&D and filing patents on concentrated solar power plants and ceramic energy storage technologies.

In France, the focus is on transport, local energy generation and energy-efficient buildings

Transport is a real challenge in France, given the heavy traffic of cars and trucks throughout the country; it is also an opportunity to promote innovative solutions based on hydrogen and electricity. Encouraging teleworking and limiting employee travel also help to reduce companies’ carbon footprints.

“I don’t believe that there is a single approach to ecology and reducing the carbon footprint in France, and it may differ depending on whether you are in Brest, Lille, or Chambéry,” explains Dominique Néel.”.

Innovation must take into account the specific features of of the region “without ignoring those who do not necessarily have the means to buy an electric car”. There is a vital social aspect to innovation, in terms of the environment”.

Whether solar, wind or other power, Dominique Néel insists on the local nature of clean energy generation, suited to the region and respectful of farmland and the environment. “It is important to associate the word local with any discussion of power generation. It makes no sense to have a mega-solar farm in the south of France to power consumers hundreds of kilometres away.

In many major Canadian cities, the public transport system infrastructure is aging and area covered is quite limited. The provincial governments of Ontario and British Columbia have identified the need to improve public transport infrastructure, and in their largest cities (Toronto and Vancouver) new projects are afoot that will encourage even more people to use public transport. “The Federal Government is ready to invest significantly in improving public transport. These programmes started over 5 years ago and will run for the next 10 years. Underground stations require the design and installation of electrical, mechanical and technological systems; buses are becoming smarter thanks to GPS systems; public transport payment systems need to be improved”, explains Paul Sheridan.

Another major challenge is to modernise the heating, ventilation and air conditioning systems of buildings. Covid-19 has highlighted the need for many companies to increase the air circulation in their premises and disinfect their ventilation systems, particularly in densely occupied sectors such as educational and healthcare premises, or office blocks.

Companies see across borders. They are sensitive to discrepancies between different countries and the various strengths and ideas of each. They can draw on an experience and take it elsewhere. These experiences show the need for an alliance between businesses, politicians and regulators. This alliance will be decisive in the fight against climate change and is already underway in many countries 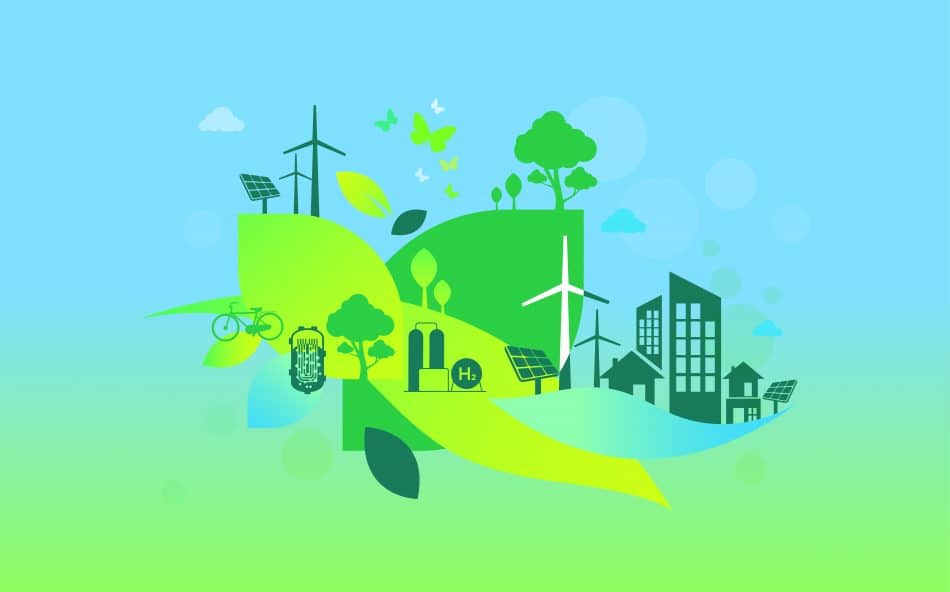 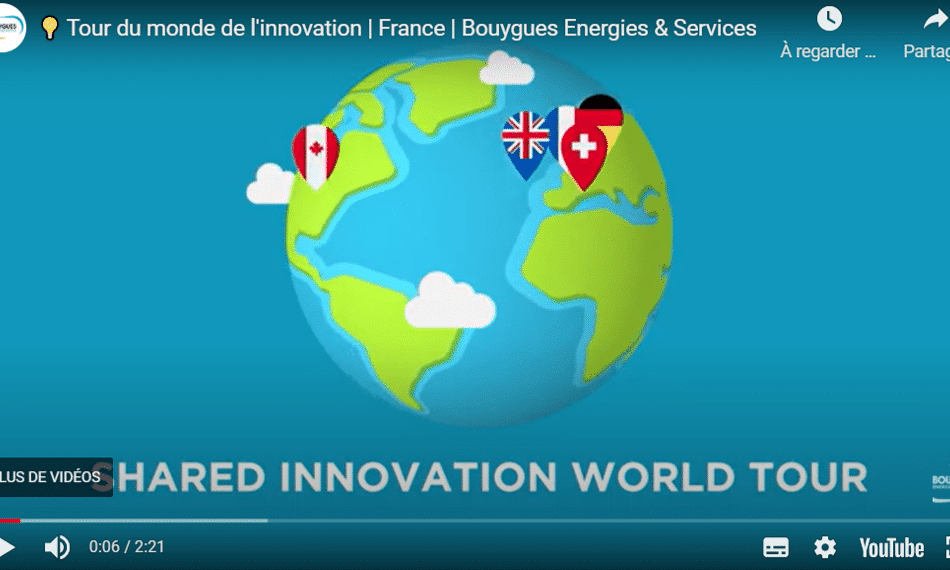 How to make a successful transition to a sustainable world ?
veille 01/03/2021 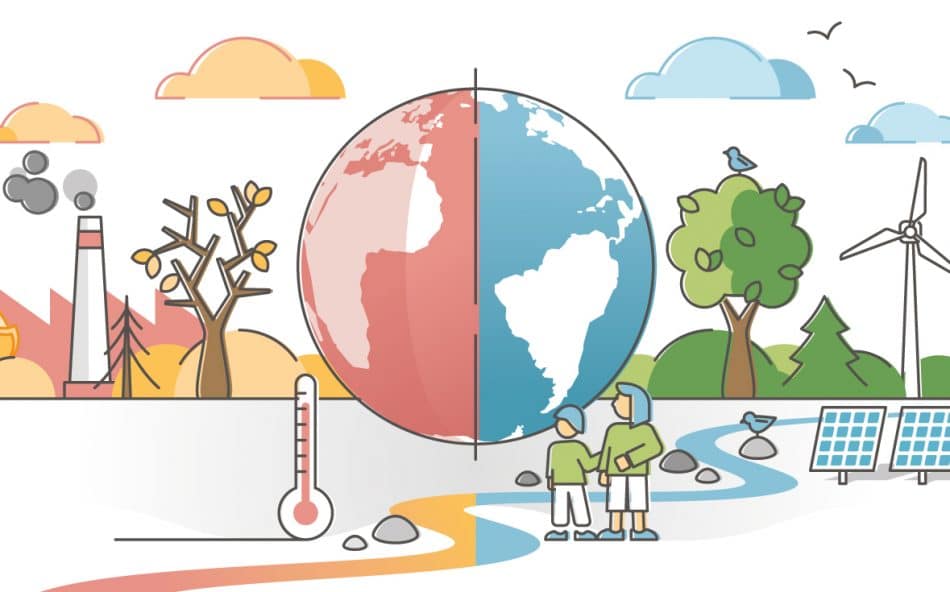 Reaching out: innovation as a conversation starter between companies and their ecosystems
veille 01/03/2021 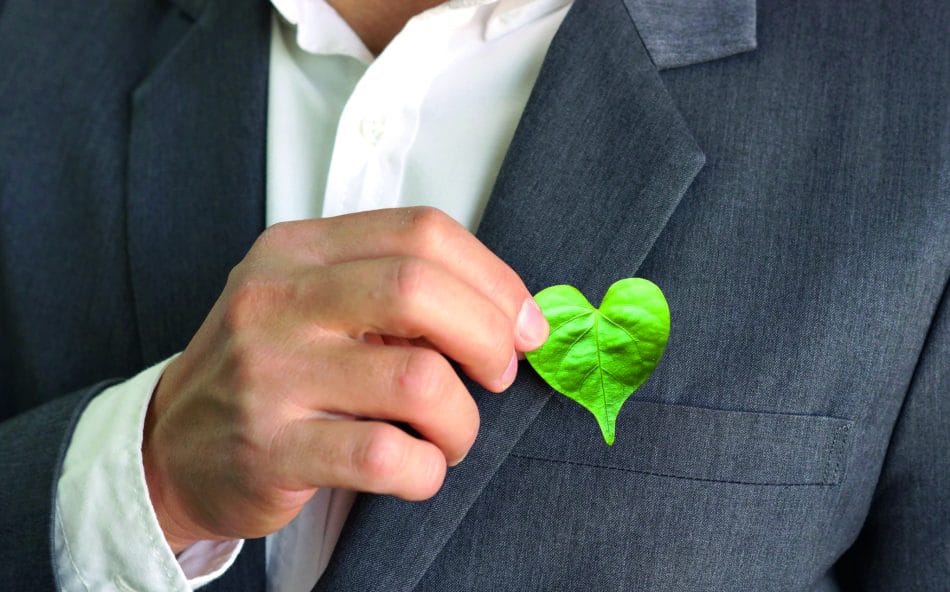 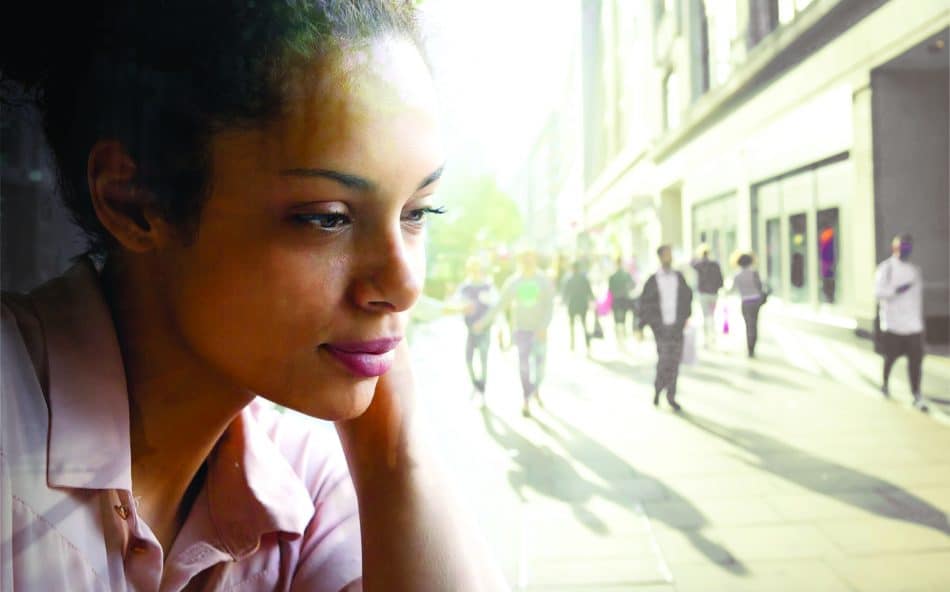